Barcelona -Still One of The Top Tourist Destinations of 2011!!! 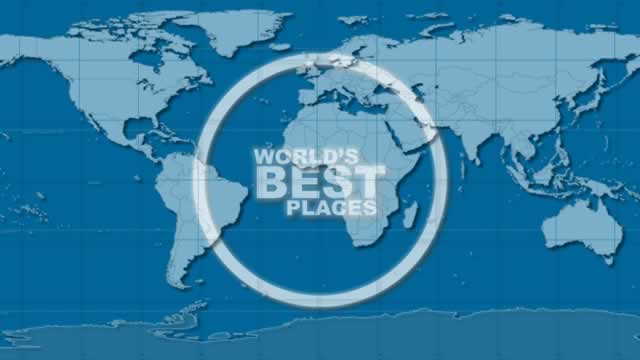 Barcelona named one of the best places to travel in 2011!

If you think some other travel destinations deserve to be in the list please make your suggestions in comments.
Read more: http://edition.cnn.com/2010/TRAVEL/12/28/top.destinations.2011/index.html?iref=allsearch

A huge tourist destination in any year, the city will be especially unforgettable as it marks the 10th anniversary of the September 11 terrorist attacks next year.

Visitors who have been flocking to ground zero are finally expected to get a chance to pay their respects to the victims at the National September 11 Memorial, which is scheduled to open in time for the anniversary.

“It’s going to be a massive moment for New York,” Reid said. “It feels like the healing begins.”

Visitors also shouldn’t miss the High Line, once an abandoned elevated railway track that’s been turned into a popular park. It expands in the spring, to the delight of New Yorkers.

“It was like a secret garden in the middle of New York,” Frommer said. “It’s become a park that other urban centers are studying because it’s brought new life, a new vitality into the area below it.”

No wonder the Big Apple tops Lonely Planet’s list of top 10 cities for 2011.

The Rugby World Cup will be held next fall in New Zealand, adding excitement to an already popular destination.

Wellington, which brands itself as the “coolest little capital in the world,” will host some of the activities and hopes to attract fans who want to explore other parts of the country.

“It’s a great kind of springboard,” said Reid, who is planning a visit and is determined to learn the haka, the fierce Maori dance used to unsettle opponents before matches.

Wellington is known as “Wellywood,” thanks to a thriving film industry and director Peter Jackson, who is now working on “The Hobbit.” Indeed, fans of the “Lord of the Rings” films already know New Zealand for some of the stunning sites used in the trilogy.

Rapp also recommended the country for its “most fantastically luxurious lodges,” including The Farm at Cape Kidnappers, Huka Lodge and Otahuna Lodge.

When many people think of the Amazon, they think of Brazil, but Peru offers a great base for exploring the region: Iquitos, a metropolis of almost half a million people in the heart of the Peruvian jungle.

Iquitos is a fitting destination for 2011, which has been declared by the United Nations as the International Year of Forests.

“You can create your own adventures when you’re there,” Reid said.

It’s the biggest city you can’t drive to in the world, he added. You have to fly in or take a boat.

To experience the region in a unique way, Rapp recommended taking an Amazon River cruise from Iquitos on Delfin or Aqua Expeditions.

Visitors can get a chance to see La Sagrada Familia, the stunning but still unfinished Catholic basilica, like never before after a visit by Pope Benedict XVI in November spurred progress on the interior of the site, Frommer said.

“For the first time in years, most of the scaffolding there is gone,” she said.

“Everybody knows how astounding it is on the outside. The inside is just as glorious.”

Foodies have their own reasons to visit Barcelona and the surrounding region. El Bulli, chef Ferran Adria’s famous restaurant, closes for good next year.

But even if you can’t snag a reservation at the notoriously hard-to-get-into eatery, Barcelona is dotted with restaurants inspired by Adria’s cutting-edge cuisine, like Moo, which Frommer called “astounding.”

For lovers of the outdoors, Norway offers an especially outstanding experience, Rapp said. Adventurous travelers can go heli-skiing, paragliding and bungee jumping. (Rapp was considering a bungee jump himself during an upcoming summer trip to Norway.)

For a more mellow experience, hire a private boat on the fjords and go to little hotels that you can’t get to by road, or stay at the Amot Opera Farm for an unusual combination of accommodations and music.

“All of Scandinavia is really underestimated,” Rapp said.

“People [usually] go to the major cities, Copenhagen, Stockholm or Oslo, but the countryside is extraordinary. Truly majestic mountains, and the fjords are just unbelievable — they seem endless when you’re there.”

The top pick on Lonely Planet’s list of top 10 countries for 2011 may be a surprise for many people, but Albania gives travelers a taste of the Mediterranean without the crowds and the prices, Reid said.

The real rising destination is Gjirokastra, a city whose historic center is a UNESCO World Heritage site, he added.

“It’s this cobbled town with Ottoman-era mansions,” Reid said. “It’s a very atmospheric place that has a lot of history.”

With picturesque beaches, good food and a number of heritage sites, Albania won’t be off the beaten track for much longer, Lonely Planet says in its review.

Many people still have the misconception that Japan is too expensive to visit, but once you get there, it can be more affordable than a vacation in New York, Reid said.

Why go in 2011? The country is ramping up its tourism marketing efforts after some recent disappointing years, so the number of visitors is expected to rise soon.

“We think that the crowds are going to get worse. Maybe it’s time to think about it now,” Reid said.

For help with booking an affordable stay, he recommended visiting the International Tourism Centre of Japan and looking intominshuku, traditional guest houses that offer very simple but clean and inexpensive accommodations. You might pay $40 a night in Tokyo, for example.

More than 10 years after the end of its civil war, Guatemala is coming into its own as a tourist destination, Frommer said.

The country is an appealing alternative for people looking to travel south of the border and trying to branch out beyond popular places like Costa Rica, she added. Once there, you’ll be amazed by the sites — and the low prices.

“Lake Atitlan is one of the most beautiful places in the world. In fact, Aldous Huxley said it was more beautiful than Lake Como. I was there in March, and I would agree,” Frommer said.

She called the destination “a bargain wonderland.” A round-trip flight from New York cost Frommer $350, “decent hotels” charged as little as $35 a night, and a meal at a sit-down restaurant might set you back just $3, she said.

Next year marks the 20th anniversary of the collapse of the Soviet Union, sparking interest in former Soviet bloc countries.

Reid’s favorite choice on that list is Bulgaria, which has the best Black Sea coastline for beach enthusiasts and offers great skiing in the mountains in the winter, he said.

“I love doing road trips in Bulgaria. It begs for it. It’s beautiful, and there’s not much traffic. It feels very safe,” said Reid, who rode around the country last year in a Soviet-era 1972 Moskovich, which he bought for $500.

Marina is a writer from Barcelona and is passionate about travel and technology. "Whenever I have the time, you'll find me with a backpack discovering the world. And when don't, I write about my wonderful city to help visitors to enjoy it to the fullest."
View all posts by Marina - Marketing Team →
This entry was posted in Places, Travel & Vacations and tagged barcelona in 2011, cnn, destinations, top. Bookmark the permalink.