Areas of Barcelona & Places to Visit 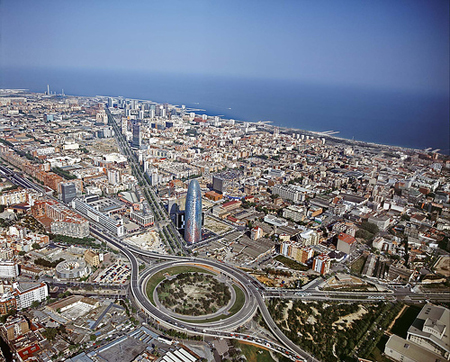 Guide through the most interesting touristic places and areas in Barcelona: 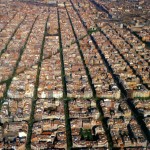 The Eixample was designed in the middle of the 19th century expanding the medieval city of Barcelona into space left outside the citywalls. Its characterized by long straight streets,  crossed by wide avenues, and square blocks with chamfered corners. L’Eixample’s gridded streets are filled with relatively wealthy residents, designer shops, corporate buildings, and eateries from around the world. Most tourists only see the Pg. de Gràcia and Sagrada Família areas, but if you have the energy to explore the whole neighborhood, you’ll get a great lesson in Modernisme, and a better feel for the Barcelona beyond the tourists.

El Raval is one of the two historical neighborhoods situated next to la Rambla(the other being the Barri Gotic).So what is the appeal to El Raval?  The area is vibrant, historic, authentic and full of personality.  It is a lively, multi-cultural neighborhood with a huge variety of tempting cafes, restaurants and bars.

La Barceloneta is also a great place to rent a beach apartment in Barcelona. A  neighborhood in the Ciutat Vella district of Barcelona, it was constructed during the 18th century for the residents of the Ribera who had been displaced by the construction of the Ciudadela. The neighborhood is roughly triangular, bordered by the Mediterranean sea, the Muelle de España of Port Vell and the El Born neighborhood.

El Born has grown into being one of the most fashionable places in the city.

Every day the cafes are packed and at night people move along to Passeig de Born, which according to locals was the site of the jousts, to sample the many bars, all of which serve up a mean mojito.  Also on Passeig de Born there is claimed to be the best pizza place in Barcelona, and at 1.50 Euros a slice you can’t complain. 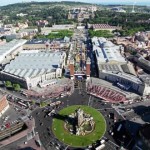 Barcelona’s Montjuïc is a broad shallow hill with a relatively flat top overlooking the harbour, to the southwest of the city centre. The eastern side of the hill is almost a sheer cliff, giving it a commanding view over the city’s harbour immediately below. The top of the hill (a height of 173 metres) was the site of several fortifications, the latest of which (the Castell de Montjuïc) remains today. The fortress largely dates from the 17th century, with 18th century additions. In 1842, the garrison (Madrid government) shelled parts of the city. It served as a prison, often holding political prisoners, until the time of General Franco. The castle was also the site of numerous executions. In 1897, an incident popularly known as Els processos de Montjuïc prompted the execution of  anarchist supporters, which then led to a severe repression of the workers’ struggle for their rights. On different occasions during the Spanish Civil War, both Nationalists and Republicans were executed there, each at the time when the site was held by their opponents. The Catalan nationalist leader Lluís Companys i Jover was also executed there in 1940, having been extradited to the Franco government by the Nazis.

Marina is a writer from Barcelona and is passionate about travel and technology. "Whenever I have the time, you'll find me with a backpack discovering the world. And when don't, I write about my wonderful city to help visitors to enjoy it to the fullest."
View all posts by Marina - Marketing Team →
This entry was posted in Places and tagged accommodation in Barcelona, areas in barcelona, barcelona, barcelona eixample, barceloneta, el born barcelona, montjuic, ramblas, raval. Bookmark the permalink.