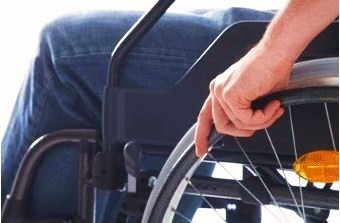 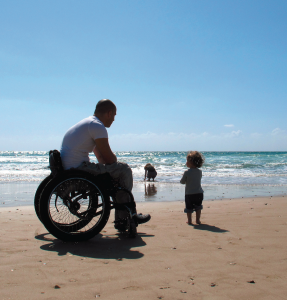 Barcelona is known as a city able to offer accessible tourism to all who visit.  With constant updating of buildings, metro stations and streets, disabled visitors to Barcelona can easily make their way around the Catalan capital. From lifts, specially designed flooring for the visually impaired, and many easily accessible pavements to the entire city bus system being equipped with ramps, Barcelona ensures that everyone feels at ease during their stay.

For visitors with disabilities, touring the major monuments can be done comfortably and easily, especially when accompanied. But here we offer you some tips on how to best access some of Barcelona’s top sights. 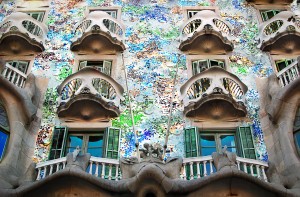 These extraordinary Gaudí houses, both hugely popular attractions, are noted for their facilities and accessibility for people with disabilities in Barcelona. Casa Milà was even awarded a prize at the Accessible Tourism Awards.  Both contain many specially adapted amenities such as tactile displays, magnifying lenses, lectures using sign language, and information in many languages via audio guides, transcripts, and Braille.

Specially-adapted wheelchairs are available at Casa Batlló which are of a suitable size for use of the lifts. Although there are some mobility limitations on rooftop steps, the majority of both buildings can be fully enjoyed.  Informative sections are provided on the websites of both buildings which detail the facilities available.

Metro: Passeig de Gràcia L2/L3/L4 (This is somewhat a complicated station to maneuver around. Diagonal, L2/L5  although a little further away is much more accessible)

Barcelona marks the Sagrada Familia as a must-see for all who visit the Catalan capital.  Assistance is helpful at the entrance for visitors with mobility difficulties due to a rather steep ramp, however the interior of the basilica is flat, allowing comfortable visits for all.

Tactile materials for blind visitors are available, as well as audio guides available in nine different languages.  If the beauty of the construction has left you wanting to learn more, then check out the displays containing information on the history of this fascinating building. One thing to keep in mind, however, is that accessibility to the rooftop is unfortunately limited as wheelchairs do not fit inside the elevator. 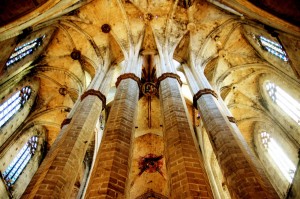 This medieval basilica is one of the most intriguing and beautiful religious constructions in the city.  Unlike many other historic buildings, it poses no problem for those with limited mobility visiting Barcelona and is well worth the visit.  There is wheelchair access just to the right of the main entrance, and a flat, complication-free interior.

Metro: Jaume I L4 (there are steps in the station making it difficult for wheelchair users)

One of Barcelona’s biggest celebrities is its football team.  When visiting the city, why not spend a couple of hours attending a game?  The stadium contains two special areas with easy access, and tickets for these wheelchair friendly zones can be purchased on the FC Barcelona website.  The stadium holds a service called ‘T’acompanyem’ where members of the Red Cross volunteer to escort wheelchair users to and from their seats at the beginning and end of the match.  More information can be found about accessible services at Camp Nou on the club’s website. 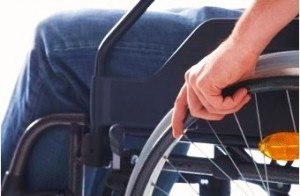 The Catalan capital boasts an awesome coastal location, and its beaches are certainly worth stopping by. The boardwalk alongside the beaches is flat and suitable for those with limited mobility. As well as this, many beaches have been adapted to allow those in wheelchairs to fully enjoy the area.  Sant Sebastià Beach, for example, has wooden paths to the water’s edge, a preferential zone for disabled bathers, a changing room, an adapted toilet, and shower cubicles.  Nova Icària and Barceloneta Beaches also have similar features as well as offering bathing assistance for those unable to enter the water alone. 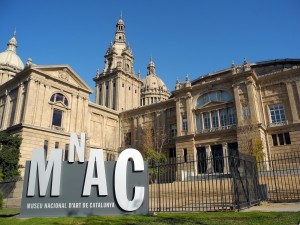 With fine views of the city and Mediterranean Sea, along with lush green parks, the rooftop of Barcelona, Montjuïc hill, is a must-see location.  Here, a number of museums are found, including the MNAC (National Art Museum of Catalonia) which has a wide range of accessible facilities such as ramps and lifts to all floors, guided tours, audio guides, and sign language PDAs.  Take the funicular from the Paral·lel metro station to the top of Montjuïc. It is fully accessible to wheelchair users in Barcelona though it is recommended to use the first carriage in order to avoid steps upon arrival. 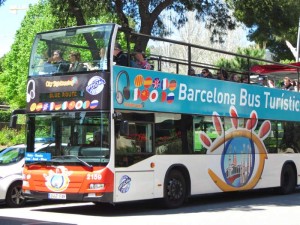 A comfortable and easy way for wheelchair users in Barcelona to see the city sights is the hop-on-hop-off sightseeing bus. Equipped with ramps, these buses allow wheelchair access to the lower deck. Also available are audio guides in numerous languages, offering useful and insightful information about the sights along the way.

Metro: Catalunya L1/L3 (there are steps in the station making it difficult for wheelchair users)

Barcelona has something to offer all of its visitors, and is well deserving of its reputation as a truly accessible city as it constantly works to further improve the facilities provided.  More information about accessibility in Barcelona can be found on the tourism office website.  Here you can find sections covering a variety of subjects such as transportation, monuments, museums, and parks.

Marina is a writer from Barcelona and is passionate about travel and technology. "Whenever I have the time, you'll find me with a backpack discovering the world. And when don't, I write about my wonderful city to help visitors to enjoy it to the fullest."
View all posts by Marina - Marketing Team →
This entry was posted in Home, Tourist Guide and tagged accessible tourism barcelona, barcelona accessibility, limited mobility barcelona, molbility barcelona, special facilities barcelona, tourists with disabilities barcelona, wheelchair access barcelona. Bookmark the permalink.