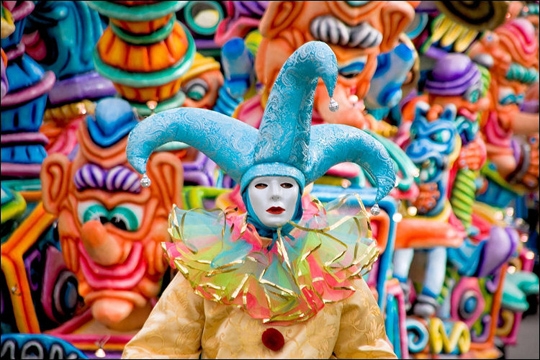 Still not taken a trip this winter? Head on over to Barcelona this February and experience everything this wonderful city has to offer, including some fabulous events. From bright costume parties, to fire-runs, to the future of communication, Gaudí´s city has plenty to offer tourists and locals alike, closing the winter season with a bang! Read on to find out why you should visit Barcelona in February… 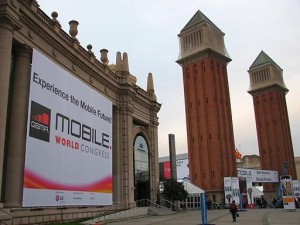 At the end of February, Barcelona will be buzzing with excitement (literally) as the biggest mobile phone exhibition comes to town. Featuring the latest technology from around the globe, the GSMA Mobile World Congress is an event where experts, fanatics and industry leaders come together to display, demonstrate and discuss all in the field of mobiles. No longer just a means of communication, these devices today are our books, tour guides, entertainment and much more. With over 60,000 people expected to attend this year, you could be among the first to take part in app competitions and see what will come next in the future of the mobile world.
When: 27 February – 1 March, 2012

Accommodation: Find a range of Barcelona apartments in the city centre and close to the Mobile World Congress 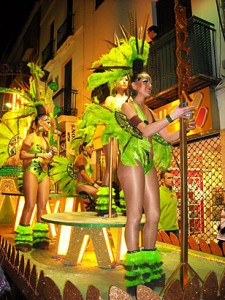 You may have heard of the famous Brazilian Carnival but you don´t have to go all the way to South America to get a taste of this fantastic festival! Carnival is celebrated widely throughout Barcelona, but the biggest parties take place in Sitges, a picturesque beach town on the outskirts of the city. Only a 30-40 minute train ride from Barcelona, Sitges is renowned for its large gay community, lighting up during the month of February with colourful parades, beach parties, processions, live music and dances in one of the biggest events of the year. Don´t forget to bring your costume!

Where: Sitges, near Barcelona

How to get there: Renfe trains from Passeig de Gràcia, Sants or Plaça Catalunya to Sigtes run frequently

Accommodation: Stay one of many Sitges apartments or an apartment in Barcelona and take a short train ride

Also known as the Festes de Santa Eulàlia, this is arguably the biggest event for children in Barcelona as it celebrates the life of one of the city´s patron saints – Santa Eulàlia. After refusing to recant her Christianity, Eulàlia (merely a teenager at the time) suffered horrible tortures, including being rolled down a hill inside a knife-filled barrel. Although it is known as a children´s festival and features over a hundred activities, this Barcelona event is enjoyable for all as it promises many Catalan traditions including, gegants (giants), correfocs (fire-runs), sardanes (folk dancing) and castellers (human towers), as well as puppet shows and workshops. This is a great opportunity to experience some fantastic Barcelona culture. 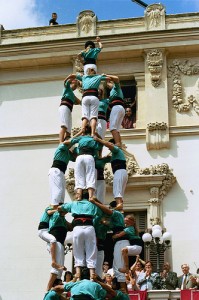 Where: Plaça Sant Jaume (Gothic Quarter) and various venues across the city including museums and the Montjuïc Castle – click here for more info on daily activities

How to get there: Metro stop – Jaume I (L4) for Plaça Sant Jaume

Accommodation: Choose from one of many central Barcelona apartments for excellent access to any of the participating venues 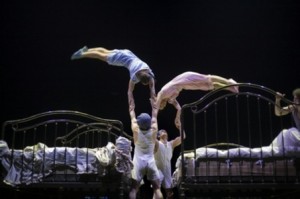 Come to Barcelona and experience the 2012 edition of the most fantastic circus show in the world: the Cirque du Soleil. This year the acrobatic adventure takes us through the imagination of a clown as he pictures his own funeral taking place in a festive carnival atmosphere. The show features amazing stunts, laugh-out-loud sketches and a variety of colourful characters. Filled with comedy, passion, spontaneity and, of course, incredible talent, the Cirque du Soleil is one of life´s “must-see” performances. 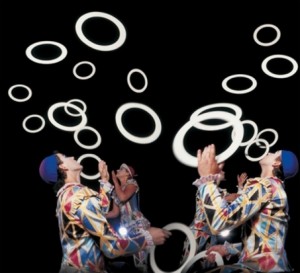 How to get there: Metro stop – Selva de Mar or Maresme-Fòrum (L4)

Accommodation: Choose one of the many Barcelona beach apartments, close to the venue

Come to Barcelona this February and enjoy these fantastic events as well as all the other sights that this beautiful city has to offer!

Marina is a writer from Barcelona and is passionate about travel and technology. "Whenever I have the time, you'll find me with a backpack discovering the world. And when don't, I write about my wonderful city to help visitors to enjoy it to the fullest."
View all posts by Marina - Marketing Team →
This entry was posted in Events, Home, Travel & Vacations and tagged apartments in sitges, Barcelona accommodation, Barcelona activities for children, barcelona apartments, Barcelona culture, barcelona events, barcelona festivals, catalan culture, Mobile World Congress, sitges. Bookmark the permalink.