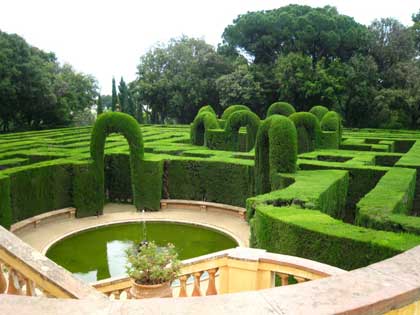 The perfect place to escape the noise and rush of the city is the Parc del Laberint d’Horta. It is the oldest park in Barcelona, and it is located in the Horta-Guinardó district. Situated above the city, where the air is cooler and cleaner, the park includes themed gardens, waterfalls, and a small canal. 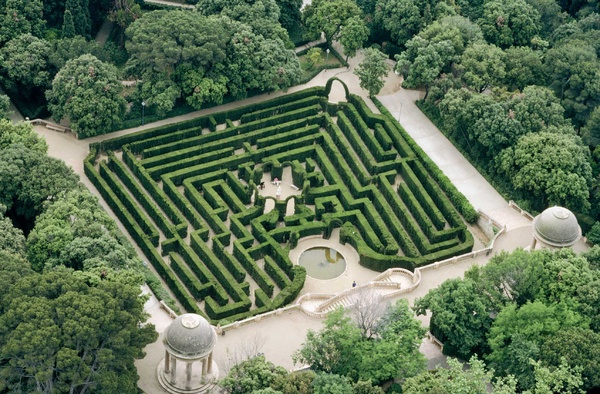 The park is located in the former estate of the Desvalls family, and work on the marvelous gardens began at the end of the 18th century. Many of the family’s buildings are still there for observation within the park, including the Devalls palace. At the end of the 19th century, the Desvalls estate became a place of social and cultural events, including outdoor theatre performances. It was only in 1967 that the Desvalls family handed the park over to the city of Barcelona, and the public could start enjoying the romantic and exhilarating ambiance of the gardens in 1971. The hig 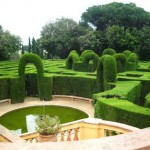 hlight of the park is the labyrinth maze. The entire park has elements of classical mythology, but the maze is by far the grandest. At the entrance of the maze, there is a carving that portrays the myth of Theseus and the Minotaur, the story that the maze represents. In this story, Theseus sails to the island of Crete in order to slay the half-man-half-bull monster, the Minotaur. Theseus could not do this horrible task on his own, however, and the beautiful princess of Crete, Ariadne, gave him some help. In order to get to the Minotaur, Theseus would need to go through the labyrinth in which it lived. Ariadne gave Theseus a sword, in order to slay the monster, and a spool of string, in order to find his way out of the maze. The carving at the entrance depicts that transaction between Ariadne and Theseus. Although this labyrinth isn’t big enough to get lost in for very long, it is an adventure to try to find the center of the maze and get back out. At the center of the maze, there is a statue representing the god, Eros, the primordial god of sexual love and beauty.

Although the maze is the most well-known part of the park, there is so much more to s

ee and enjoy. The park is made up of several different themed sections. Behind the maze, there is a structure with a tranquil pool and water feature. There is also a large part of the park with a small canal, waterfalls, and other romantic discoveries.

In order to discover the Parc del Laberint d’Horta, just take the green (L3) metro line to the Mundet stop. From there, it is a five minute walk.

Marina is a writer from Barcelona and is passionate about travel and technology. "Whenever I have the time, you'll find me with a backpack discovering the world. And when don't, I write about my wonderful city to help visitors to enjoy it to the fullest."
View all posts by Marina - Marketing Team →
This entry was posted in Places and tagged barcelona, horta, laberint, maze park, parc del laberint. Bookmark the permalink.