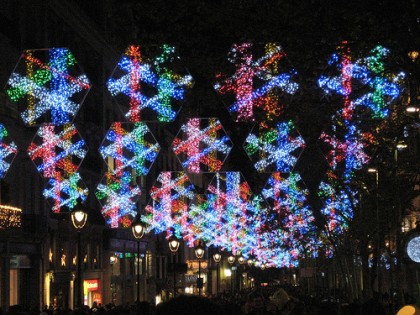 Christmas is a very special time in Barcelona. With the many traditions, wintry foods and the exciting festive atmosphere, it is a wonderful place to visit in December and January. Here our Barcelona tourist guide gives you some fantastic reasons why visiting Barcelona this Christmastime is the best choice for your winter holidays!

Christmas is a time where the local population of Catalonia feasts on traditional foods and eats lavishly throughout the season. Turrón is the most popular dessert during the festive holidays, and although there are many different delicious varieties, it is usually made with nougat, almonds and hazelnuts. Churros with dipping chocolate are also enjoyed during the winter season as well as and sweets made with almond paste, called Polvorones. 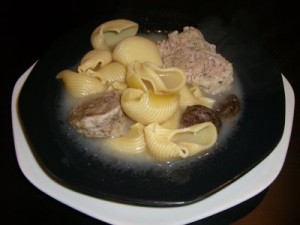 The biggest feast is on Christmas Day whereby a stew-soup called, containing pasta known as ‘galets’, is served. The dish includes meat, which is sometimes presented on a platter as a second course; however, the traditional stuffed turkey is also a favourite in many households. The day after Christmas, the people of Barcelona typically have a feast of Saint Steven, one which is only practiced in Catalonia. They typically eat cannelloni, a handmade pasta filled with leftover meat from the previous day. 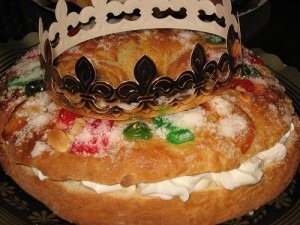 January 6th, sees the last day of the Christmas season, and it is common to celebrate the Epiphany with a large lunch followed by a Three Kings-themed dessert called El Roscón de Reyes. Hidden inside the cream of the ring-shaped cake, there is a figure in the form of a king as well as a dry broad bean. If your portion holds the king, you wear a paper crown for the day and are named king (or queen) of the table. If you get the bean…you pay for the dessert!

The Tió de Nadal is an important symbol of Christmas in Barcelona. Introduced on December 8th each year, the Tió de Nadal (otherwise known as the Caga Tió) is a log figure that is painted with a smiley face and usually wears a little red Catalonian hat. The Tió is covered with a blanket so that he will not get cold and each night throughout the season the children will ‘feed’ him until he is full of gifts. On Christmas Eve, the children sing songs and hit the log with a stick until he ‘poops’ the presents! These figures can generally be found all over Barcelona and many are available at the Christmas market, otherwise known as La Fira de Santa Llúcia.

As noted above, the most popular and prominent Christmas market in Barcelona is known as La Fira de Santa Llúcia. Marking its 225th anniversary, this year the fair will open from 26 November until 22 December, and will be held near the Barcelona Cathedral in the Gothic area. Here you will find more than 270 stalls with handmade gifts, traditional sweets of Barcelona, and the Caga Tió. There will also be a range of festive activities and displays taking place throughout the holiday season, so we recommend you stay in a Barcelona apartment in the center of the city and experience this beautiful market every day! 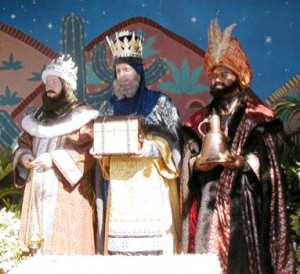 On the evening of January 5th, the festival of the Three Kings takes place. Each town in Spain holds its own parade but the biggest in Catalonia takes place in the centre of Barcelona. Here you will see many extravagantly decorated floats, the three most important ones each carrying a wise king. Music is played and there are many things to do and see during the parade. Children scramble to catch the candy thrown from the floats and they also have the opportunity to give their present wish-list to the kings, ready for the celebrations of the next day. Traditionally before leaving for the parade, children will leave their shoes outside their homes, in the hope that the Three Kings will come by and fill them with gifts and sweets.

The Three Kings parade is a show not to be missed if you are travelling to Barcelona this holiday season, along with all of the other fantastic traditions this beautiful city has for you to experience. Stay in a Ramblas apartment in Barcelona and see the parade from start to finish, walk to the Christmas market and pick up your own Tió de Nadal or simply enjoy all of the delicious festive food right on your doorstep this Christmas.

Marina is a writer from Barcelona and is passionate about travel and technology. "Whenever I have the time, you'll find me with a backpack discovering the world. And when don't, I write about my wonderful city to help visitors to enjoy it to the fullest."
View all posts by Marina - Marketing Team →
This entry was posted in Activities, Events, Home, Travel & Vacations and tagged Barcelona accommodation, barcelona apartments, barcelona cathedral, Barcelona culture, barcelona events, Barcelona food, barcelona tourist guide, barcelona traditions, christmas in barcelona. Bookmark the permalink.